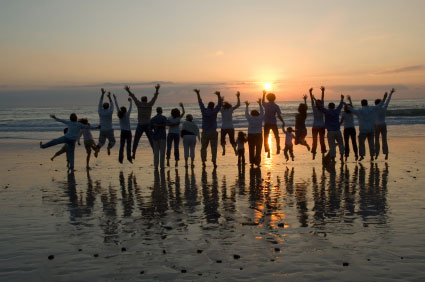 The ancient cultures studied the mind as the source of happiness, suffering and all of our very personal interpretations of life.

“All tragedy, pain, negativity, and misery in your life is your creativity. It has nothing to do with any outside factor.”—Yogi Bhajan

It is said that happiness is a state of mind. It’s a decision one has to make and you are responsible for your own happiness. It is not something that happens at the end of the road, it can happen along the way, a moment by moment choice.

Suffering is not the price tag you pay to be happy, though it makes you grow sometimes. The sense of suffering allows us to be greater. This is one of the greatest mysteries of life, something to think about.

“It’s not about goals; it’s about enjoying the journey no matter what your goal is, because not always will you get your goal. You get what you get!!”—Marc Emery, Political Annalist

All the great minds seem to agree with the same principle, that the source of most of our suffering is self- centeredness.

“Oneself love gets in the way of loving anybody else, like Narcissus”—Robert Frager Ph. D., professor & co-founder of “The Institute of Transpersonal Psychology.

“Happiness has to be within. It is important to move towards. We only think of I/Me/Mine….and sometimes Ours. We make a distinction between ourselves and others… However, you want your future to be looking into what you do now… Re-orient, re-structure the pattern of your thinking, our happiness lies right there.”—Lama Godak Gyatso Nubpa, Tibetan monk.

Buddha recognized self-centeredness as the source of all unhappiness, and he categorized it into the following four main mental tricks that our minds get trapped in:

He taught that when the subconscious mind keeps revolving on these thoughts, which are not part of reality, the person remains self-centered, reacting to everything according to if there is gain or loss, pain or pleasure,…, etc, and the happiness goes up or down depending on this. He told us to move into the present if we want to be happy.

Yogi Bhajan was constantly counseling people on their life issues. One day he asked himself what was the cause of all the unhappiness here in the West, where people enjoy so much abundance compared to the rest of the world.

He said that he looked for the answer in the old books written by Pluto, Aristotle, and others and that he found no answer. Later, while meditating, the answer came to him. He found the reason to be that when we have a thought, immediately after that we have another thought in the same direction and as powerful as the first thought and that these two thoughts may be completely opposed to one another. 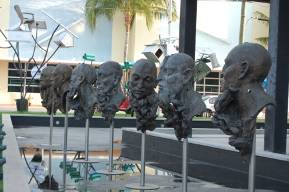 The old intellectuals said that by living a purposeful life and organizing your life around one of the highest values, all the rest will come to you because all the higher values commune with each other. For example Plato organized his life around beauty. But there are many other higher values like; Truth, Freedom, Justice, Equality, Peace, or any other that will make a difference in people’s lives. Then happiness will come to you. 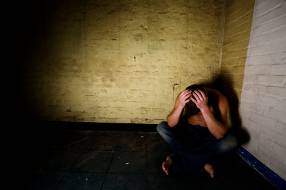 One of the stories that I like the most is the story of Jeronimo Ji Jaya. He was a political prisoner falsely imprisoned for 27 years around Nixon’s time. He said that he found happiness in jail.

He said that for 7 years he was confined to a jail alone. His only visitors were the ants and he used to kill them because he said they would bite him. He also felt such an anger because he believed himself to be a “macho man” (his words) being bitten by these small and insignificant animals. However, with the passing of time he started to view them as his only friends. The ants then stopped biting him, and they started bringing him little crumbs of food because sometimes there were days that passed with no food.

He says that true freedom comes from detaching from everything. The “Let Go” we have read of or heard about in Buddhist books.

He explained that if a person is able to adjust the mind to the external stimulants, that person will experience balance or, to him, true happiness, a feeling of gratitude, something much bigger than any high from any drug.

All the books have stated that all we need is within us now. The possibility of consciousness and awareness of each moment is already within us.

“I AM.- I is an illusion. I AM this or I AM that. NO-THING. I am no thing. I am a presence; an action can arise in my aware presence.” — Eckart Tolle

Our minds are normally too busy. When driving, you are not totally present in the act of driving. Instead, you are thinking of a million thinks like where you are going, what you did yesterday, what you shouldn’t have said to your friend last night and your mind spins, and keeps spinning. You may even visualize a situation that hasn’t happened and react to it, even if it is not real because it is real in your mind. The mind doesn’t differentiate. This happens with everything else, when taking a bath, cooking, and so on. Add to this the radio, CDs, Ipods, DVDs, TVs, cell phones, etc…more noise to the mind. 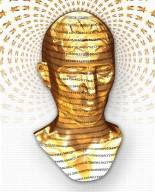 If you were not able to listen to yourself before, how can you do it now when you are overloaded with so much information and noise? This, in conjunction with the untrained mind, is like a bomb about to explode.

Very few people have the privilege of having some knowledge about how the mind works with its multiple facets, projections, and aspects.

“The mind is given to us. We are not given to the mind.”—Yogi Bhajan 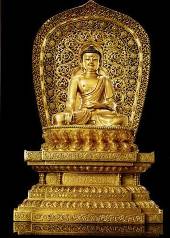 There is also the figure of Buddha sitting down meditating. At the bottom, below his feet, you can see what represents the mud, and on top of his head is the 1,000 lotus flower which represents full illumination. From mud to enlightenment.

With both the story and the Buddha, the meaning is the same: there is a possibility within every human to become one with a higher nature. It is said that there is a somatic wisdom within your physical body. 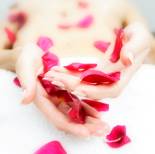 “The addictive patterns keep us distracted. They take our focus away. When you react against others it is because you see them as competition, in your way, in your face, instead you have to learn to see them as another spirit with funky clothes going through the same struggles in life as you are going. This will make you not feel so lonely. Try to find the beauty in other people. This will make you find peace of mind.”—Brandi Kelly

See with love and compassion. Recognize the basic goodness, nurture it, and expand it.

“If you don’t look with compassion, you will misunderstand the times.”—Yogi Bhajan

Anger is an emotion that comes from fear. By being afraid of our fears, we develop compulsive behaviors. You must stop and acknowledge that you are afraid and somewhere within you you will realize that you are bigger than fear.

All the greatest beings, Jesus Christ, Teresa de Calcutta, Gandhi, Yogi Bhajan, and so on, have something in common. They left a legacy of courage. When fear showed up, they stepped up.

Sometimes insight happens as a result of getting sick of being sick of pain. What is certain is that everyone wants to experience happiness. Whether or not you are successful in your search is entirely up to you. You already have the tools within you; tap into them, make use of them, renounce self centeredness, live in the present, and you will attain happiness.