According to the yoga technology sex is the sacred act of two souls, merging, and blending into one, an experience out of ordinary, where the dance of polarities and the subtle bodies transcends, and merges into one, as in Tantra. It’s one of the closes physical experiences to the union with infinity.

The description of the dictionary is “sexual union involving penetration of the vagina by the penis”. It describes the physical act of sex, but without any of the things mentioned before, what it is called “bucket sex”. 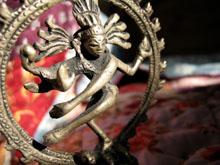 In the sutras of Patanjali, one of the yoga pillars, the third Yama, Not Do’s, it is Astheya, which means contingency an always controversial subject. Sex its fun, its pleasant, its creativity, why someone will choose to practice contingency?

The teachings explain how the sexual energy it’s one of the most potent ones, and when redirected to the higher Chakras can lead to a more enlightened stays of being. The semen it’s called “ojas”, and wasted its not advisable. The semen, ojas, it’s not only a sexual fluid it’s also lubricant for the brain and the nervous system. According with yogic theory it takes eighty bites of food to produce a drop of blood, and eighty droops of blood to produce a drop of semen. Most of the people know of a priest, or someone who practices celibacy aiming for these high states of being.

Think about all the energy we spend consciously or unconsciously because of sex, the way we dress, the way we act (men vs. women), our preferences buying, sexual preferences (heterosexual, bisexual, homosexual), the way we look, etc.
Just take a second an imaging how would your life will be different if sex won’t be in the picture (way of dress, act, environment, etc), then you will realize how much of a roll sex plays in your life.

In the past sexuality and spirituality didn’t went together. Today, it’s the time where spiritual practices are growing everyway and all forms, more people it’s bringing more meaning into their sexual experiences. Sex it’s seem as a blissful union. It’s also called sacred sex.

“Sex is subtle. It’s a gateway to connectedness. It stars with longing and culminates in belonging” – Gurucharan Singh Khalsa PH.D.

Yogi Bhajan said was best to have sex once a month. Yes once! It’s not a misprint He explained the importance to preserve the “ojas” and how this takes place in the raise of the Kundalini energy. He also taught how sex stats 3 days before the actual intercourse, which what it’s commonly called the courtship, and for a woman is best to be in a clean place where she feels secure, and safe, a place where they can felt sleep afterwards. The place can be prepared with candles, aromas, and all the things the creativity tells you. 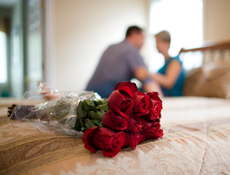 Yogi Bhajan explained how the sexual experiences get imprinted in the auric body, and in our subconscious mind. Each one gets interlock with a different intensity. A woman is receptive to the penetrating quality of men. Flirting can also create holes in the aura.

The teachings also explain that woman have two Arc lines. Men’s only have one. One of the Arclines, before known as the Halo, goes from ear to ear. The color depends on the person’s physical and mental health. The other one, which only women have, goes from nipple to nipple, and this one gets imprinted with all the sexual experiences a woman has have in her life. It is very important for women to be able to clear these energies to keep her aura strong and clear. 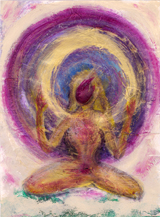 He explained how the energy of a woman it’s very sensitive, and the blend of the electromagnetic fields, the auras can have a destructive effect on her. She came became emotionally weak. On the other side, if the relationship it’s base in love, trust, and respect a woman can florist and became creative, secure, vital, an expansive.

In one of his articles Gurucharan Singh Khalsa details one of his sessions as a psychotherapist where two sisters with an only few years of difference started talking about sex.

One of them was married for eleven years, the other one was single. Both of them were attractive. The one who was married was dressed classy, and it was more conservative when talking about sex. The single one was more sexy dress, talked about sex without concerns. They had a wonderful relationship. They even finished each other sentences.
But when they assisted to a White Tantric Yoga they started to experiencing disagreements.

The married sister did the workshop with her husband, and she experienced a divine union with her partner where two souls blend into one, etc. She described how this experience has improved her relationship. The other sister described her experience as horrible. She said the face of her tantric partner was changing and transforming into faces of past relationships, sometimes even faces of some man she never had a relationship with, they were just a one night stand, and she never remembered of thought of these people till them. This was starting to make her very uncomfortable, till the point she want it to quit, scream, and run out of there.

That’s when Gurucharan Singh Khalsa explain them how the auric body gets imprinted with the energy of each man women have a relationship with.
One of the many benefits of the tantra Yoga cleans the subconscious mind. During this process, some forgotten emotions, or painful ones come back to the surface, and the person can experience emotional highs and lows. The person may be feel happy, and all the sudden sad, or wants to cry, don’t knowing why.

Once they understood why this was happening. They look at each other and after a moment of silence they starting laughing.

This story it’s a real example and shows the importance of the impressions in the auric body. This is not always the same; each person can have a total different experience. 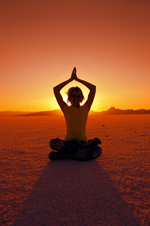 There are two meditations Yogi Bhajan gave us to clear all the sexual experiences of the past. The meditations are called Kirtan Kriya and Sodarshan Kriya. You can find it in the meditations section.

Kundalini Yoga has different kriyas to strengthen the eight chakra, also known as the aura. The aura is the electromagnetic field around the body. It gives you the projection and protection. In an adult healthy person is approximately 3 feet around the body, although there are no limitations for this. You can make bigger by practicing some of the kriyas for the electromagnetic field. You can find them in the Yoga Kriyas section. 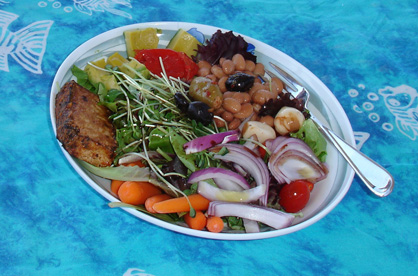 There are food tips for an optimal sexual function:

-Liquid diet for the day prior to sexual intercourse, or if this is not possible, don’t eat anything for 4 hours before having sex. One of the worst things a man can do it’s engage in sexual intercourse right after eating, this will ruin his nervous system, can lead to premature ejaculation, and can ruin the stomach.
-After sex, not immediately following but after a period of sleep, it’s important to replenish the sexual fluids and strengthen the nervous system.

These are some foods which replenish and stimulate the production of the sexual fluids (check the recipes section):

Here are three foods will enhance a woman’s sexuality:

-Eggplant. Very powerful! Energizes the entire system and keeps her going.
-Pickle Mango. It’s another powerful food for a woman. Always! Eat a glass of milk, or yogurt after eating a mango, because of its acidity can make the menstrual flow to long.
-Yogi Tea. It’s recommended before the sexual intercourse (men’s afterwards). Women should avoid any stimulant drinks but Yogi Tea it’s spicy and energizing and suits her very well.

We live in a society were we have sex for breakfast, lunch, and dinner. There is almost no advertising on TV that doesn’t have sexual content. The mega ultimate dream semi naked woman body next to the car, to the soda, or to anything, the video games heroes, the dolls, Barbie, and Rambo, etc.

The idealization of something brings taboos, and other different mental intrigues that derivates in sexual frustration, and the aim for whatever the media dictates it’s the perfect body, instead of seen the body as a natural part of us. No something we should be measure from.

Current estimates show that one out of three girls is sexually abuse before the age of sixteen. Sexually abused its described as having been forced, coerced, or seduced into engaging in sexual behavior whether as an adult, or as a child.

We all know, or have read about stories of sexual abuse. That have derivate years later in anxiety, multiple brief relationships, they ended the sooner the relationship becomes strong, sexual addiction, and many…, many others illnesses or types of conduct. I am also very happy to inform you that through Yoga and Meditation recovery it’s not only possible, it’s a fact. These have been the recuperation tool of many, and it has wonderful results.

There are some meditations and yoga sets that some of these victims have used, and they have wanted to make public, so other people could benefit the same way they did one day.

The details are either in the meditation section or in the yoga sets section.
Look for the following:

Based on the yogic theory, a grand majority of people’s sickness, derivates from a blockage of energy in the lower chakras. When the energy gets block in the second Chakra, that center unbalance.

Here are some of the feelings of an unbalanced second Chakra, also known as the sex Chakra. This emotions don’t need to be happening in the same person at the same time, may be just some of them.

This is what refers to sexual conduct:

-Been angry against the opposite sex.
-Compulsive sexuality.
-Obsessive behaviors.
-Impotence.
-Jealous, and revengeful.
-Excessive emotionality, or repressed emotions, or both.
-Sexually easy dissipated, scattered, and depleted.
-Sexual fixations fantasies and obsessions.
-Sexually aggressive, and addictive.
-Sexually not integrated in love and caring consciousness.
-Believe that to have passions, desires, and needs is bad. Intimacy is immoral, evil, and sinful.

That’s what refers to sexual conduct, but some of the feelings of an unbalanced second Chakra also are:

-restless
-anxious
-alone
-judgmental
-crave, but avoid connection with others
-Believe that deserve to be rejected
-Believe in good and evil, light and dark forces.
-obnoxious, arrogant grandiosity, fantasies and grandiose illusions
-people pleaser
-physically rigid
-no bottom line or limits when commit to another

Well here are the feelings, and emotions of a balance second Chakra:

Sexual conduct, feelings, and emotions of a balance second Chakra:

Check the Chakra section where you can find exercises and kriyas to strengthen and reestablish the balance in the Second Chakra, or any other one.

The experts said that religion has played a part, because every time you mix sexual behavior in a shame-based way, it’s very likely to create sex addiction. They point out that sex its most of the times the first addiction we create, because most people don’t come to drugs or alcohol until their teens. Unlike with sex when at least three quarters of the people have received physical or emotional abuse at an earlier age.

Sexual communion is to blend the auras with your partner, in a pure sexual spiritual act, without ego, where the two individuals disappear to form one.

Tips to create this sacred union:

-Develop a relationship with your divine self first.
-Nurture a relationship based on pure love and acceptance.
-There must be committed relationship, with trust.
-Be present, feel, sense, communicate.
-Enjoy together a spiritual practice.